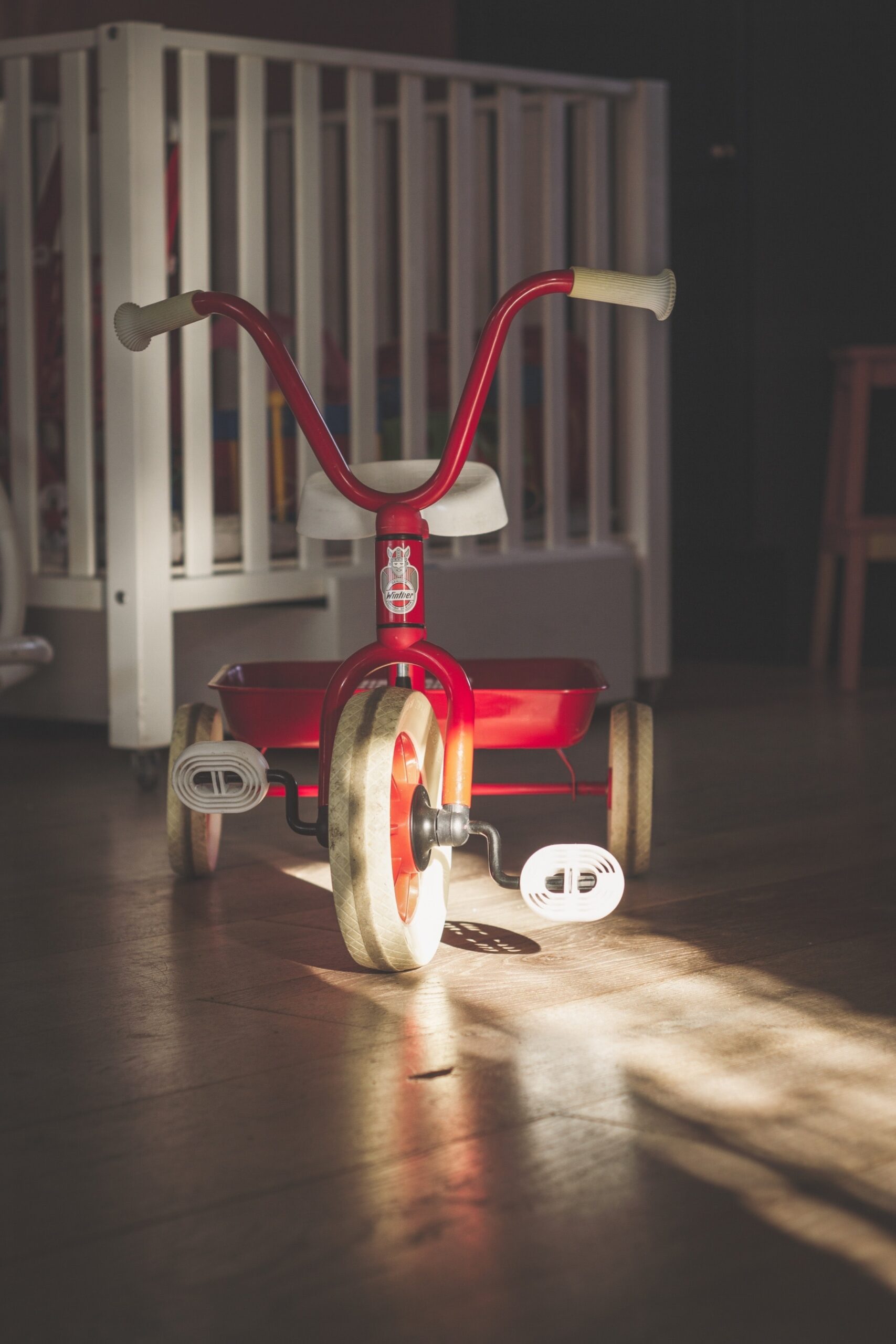 Several years ago when I was living in Fargo, North Dakota, and frequently walking from home to work, I observed an event that I have never forgotten.  It was a sunny Saturday afternoon in late April.  The day before there had been a heavy snowfall.  March and April had been unusually cold and snowy, but on this day the warmth of the April sun had melted most of the snow on the sidewalks, especially those that had been shoveled earlier.  The air held a sweet fragrance of melting snow and freshly emerging green grass.  Along the edge of the sidewalks there remained large snowbanks of shoveled snow.

As I walked toward the office, I noticed ahead of me a father and his preschool-age son.  The boy was attempting to pedal a shiny new tricycle down the sidewalk.  His father was following closely behind him.  As I approached them, I observed the boy frequently veering off the sidewalk and into the banks of shoveled snow.  Each time the boy got stuck, his father gripped the back of the tricycle, then gently pulled him out of the snow and pointed the tricycle straight down the sidewalk.  Comically, I watched this exchange happen over and over again until I caught up with them, skirted around them, and continued walking toward my office.

Once around them, I surmised the boy had gotten a tricycle for Christmas, and this day was his first opportunity since then to ride his new trike.  What struck me was how the father handled his son’s errant attempts to pedal the trike.  Not once did I hear him scold his son.  Not once did he show any sign of impatience or irritation.  Rather, wordlessly the father kept pulling his son out of the snowbanks, and then gently repositioning him to pedal forward down the sidewalk.  I realized, had that been me, I may not have been so patient and kind.

This morning while reading a lesson in A Course in Miracles, I read this instruction, “. . . tell yourself with gentle firmness and quiet certainty.”   Upon reading these words, I instantly flashed back to the father teaching his son how to ride his new tricycle.  Rather than “teaching,” perhaps I should say “guiding” his son.   With gentle firmness and quiet certainty, the father kept pulling his son from the snowbanks and repositioning him straight ahead down the sidewalk.

Oh, how much more quickly and joyfully might all of us learn if we taught ourselves and others with gentle firmness and quiet certainty!  The truth is, we all have this inner teacher which I have written about as “The Other Voice.”