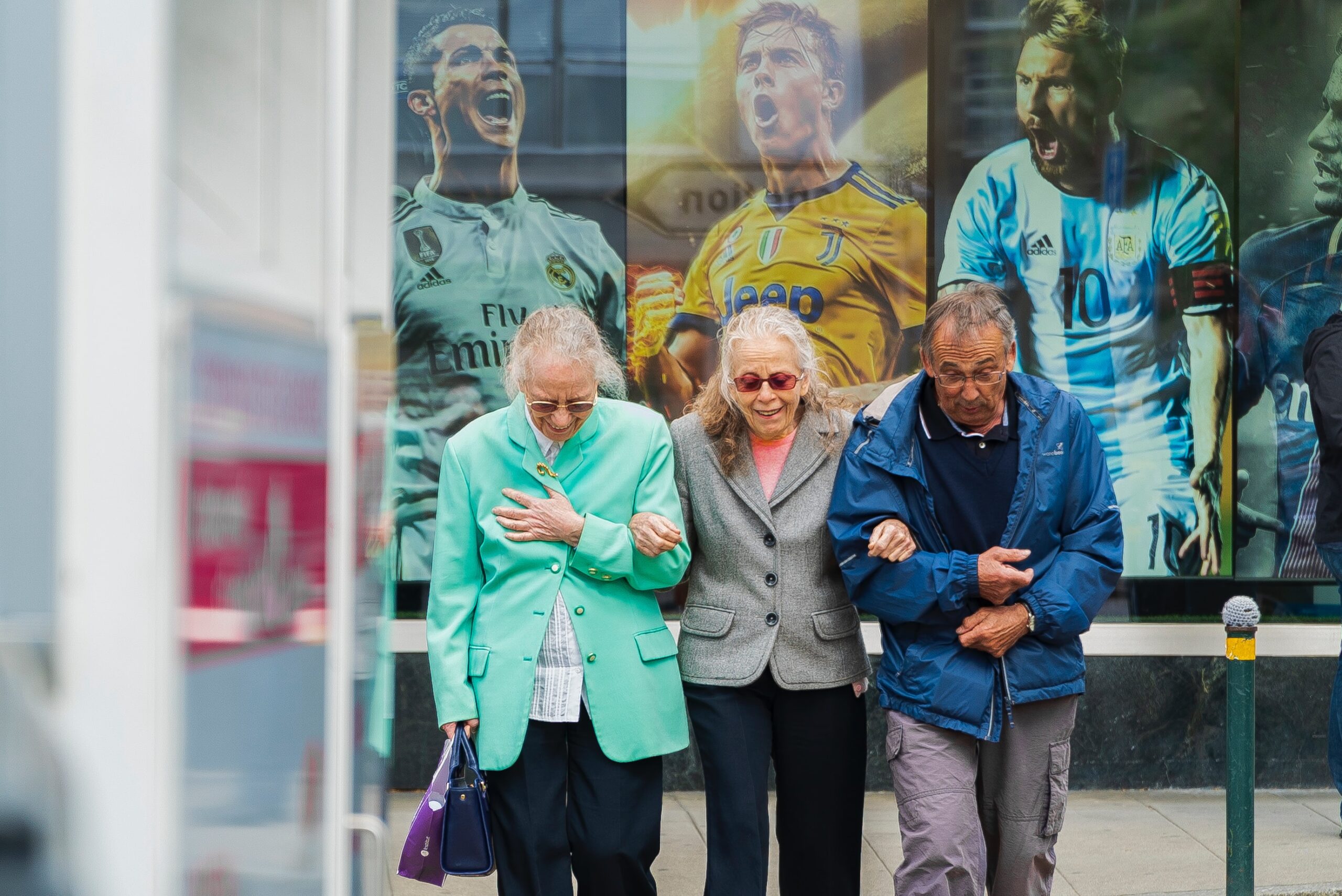 Back in the late 1960s when I was in graduate school at the University of Nebraska, a fellow graduate student, Bill, and I regularly played tennis at a park full of tennis courts.  The courts usually had other players but were rarely filled.  Bill was an all-around better player than me, especially with his powerful serve which, thankfully, was not always accurate.  Back then in my early 20s, I was quick and agile, but at best a mediocre tennis player trying to get better.

One Sunday afternoon, Bill and I had been playing a while when two white-haired, short, wiry men approached us and asked if we would like to play a game of doubles.  They looked to be in their 70s, which for me, at that age, seemed old.  They were neatly dressed in their clean, white, pressed tennis shorts and shirts.  I looked toward Bill and after a moment of hesitation, he nodded and we accepted the invitation. I detected a bit of skepticism in his expression and a slight air of superiority, so I assumed he was thinking what I was thinking–“Let’s just humor these old geezers.”

The match began.  Immediately, we knew we were in way over our heads!  The old men were like a pair of ballet dancers–synchronized, balanced, precise, and consistent.  Within minutes they had Bill and I running around the court in a dizzying, confusing effort.  Every serve was in bounds and every return just out of our reach.  I have forgotten (or repressed!) what the final set scores were, but I do remember at the end we were exhausted and they had barely broken into a sweat!  I remember thinking, “Lesson learned.  Never underestimate your opponents.”

Now that I am in my 70s, but without the white hair, unfortunately, and having had 35+ years as a psychotherapist listening to people’s stories, I realize there is a much deeper and broader lesson that I did not see then.  That lesson is, “Never underestimate or dismiss anybody, especially the elderly!”

There is a wonderful children’s picture book that illustrates this point that is written by Jay Williams and illustrated by Mercer Mayer entitled Everyone Knows What a Dragon Looks Like.  The story is based on a powerful, ancient Chinese fable.  A frightened messenger arrives at a town to inform the mayor and other town officials that there is a massive, invading army marching toward them and it will probably arrive within the next day.  All the town officials hurriedly gather to decide what to do.  When they realize they can neither fight nor flee, they agree to pray to the Great Cloud Dragon to help them.

The next day a small, fat man with a long white beard and a shiny bald head arrives at the gates of the town.  Leaning heavily on a long staff, he claims to be a dragon and asks to be taken to the town authorities.  He is immediately escorted there by Han, a little boy who sweeps the entrance through the town gates.  The authorities gather, and when the old man arrives and tells them he is the Great Cloud Dragon who will protect them if they give him food and drink and treat him respectfully.  Seeing nothing but a pathetic old man who is a wanderer and a beggar, all the officials scoff at him and unceremoniously push him away.

At that moment, another messenger arrives in panic, shouting that the invading army is visible from the gates.  Han, seeing how weary and worn the old man is quickly takes him to his tiny hut and gives him his one bowl of rice and a drink.  Grateful to Han for his kindness, generosity, and respect, the old man says he will save the town for Han’s sake.  Instantly, he transforms into a magnificent, fierce, terrifying dragon.  When the approaching army sees the fiery dragon they scatter and flee in terror until the entire army has disappeared from sight.

Virtually everyone you meet has hidden strengths and virtues which will reveal themselves if you pay attention. If you listen long enough, you will discover most people, especially the elders, are much more than they may appear to be. Engage them, and you will find courage, resourcefulness, resilience, grit, knowledge, unexpected skill sets, wisdom, and perhaps, a fiery dragon!