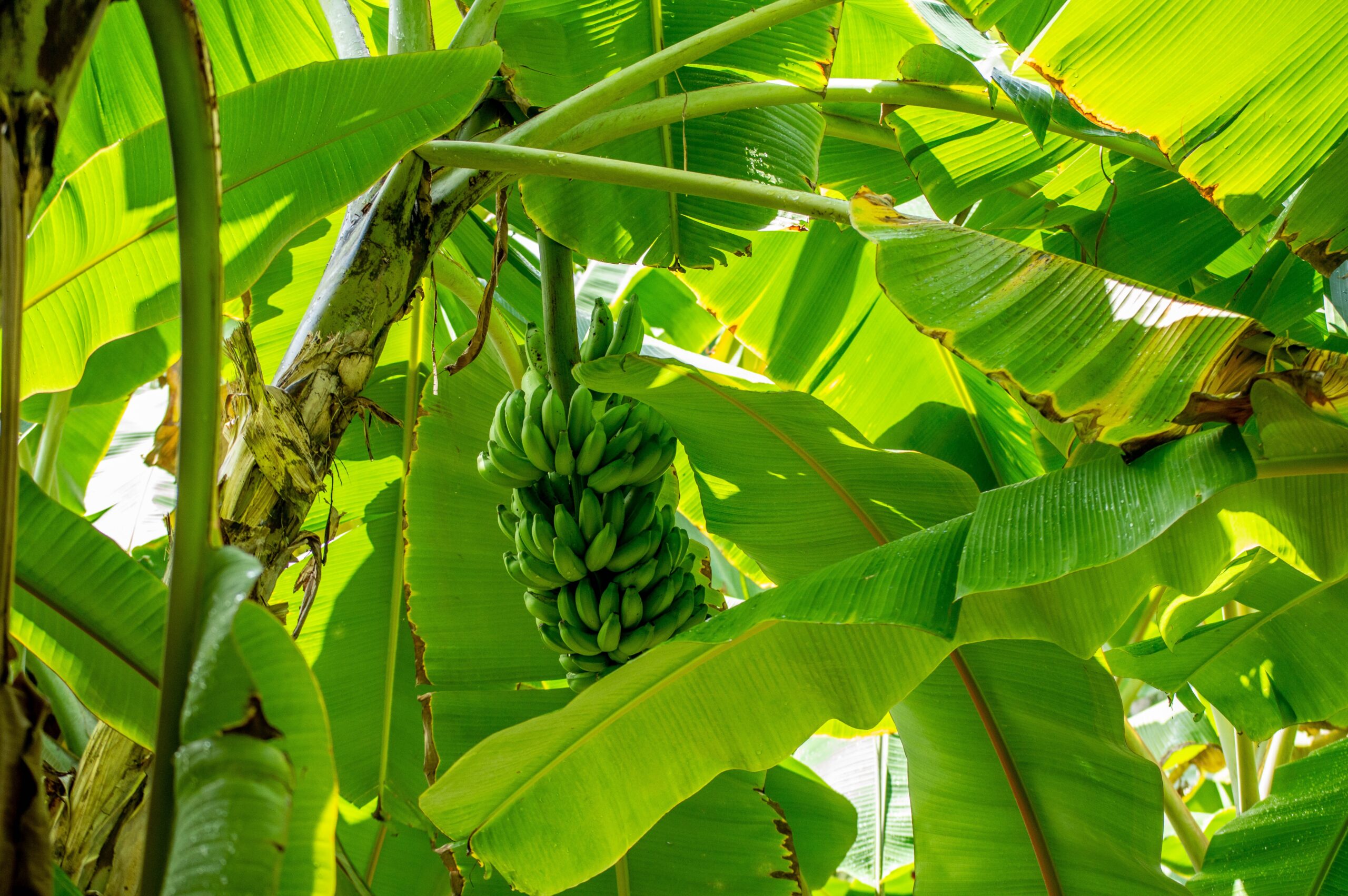 When I bought my current residence in Mexico nearly 4 years ago, one of the exciting features was the banana trees clustered on a downhill slope near the south end of the house.  The thought of having free, organic homegrown bananas really appealed to me.  Three or four of the trees were mature enough to produce bananas.  I had never seen how bananas grow on a tree, and with fascination I watched them appear, develop and ripen.  When the first large bunch ripened enough, our gardener cut them from the tree and put them in a cardboard box with newspaper so they would turn yellow and become edible.

I checked them nearly every day to see if the bananas had turned yellow and were ripe enough to eat.  After several weeks, one day I opened the box to discover they had all ripened at once and were ready for immediate consumption.  What do you do with 40+ ripe bananas?  You eat them with your cereal for breakfast.  You make banana bread and banana muffins.  You put them in pancakes.  You eat them as a healthy snack.  You beg your friends and neighbors to take some free, organic homegrown bananas.   We were going bananas trying to use all of our bananas!

The next batch of bananas was massive in size, number, and weight.  They were almost ready to be severed from the tree when high winds struck and toppled the banana tree which had already been leaning sharply from the weight of the bananas.  Sadly, our gardener told us they would not ripen further because they had not been on the tree long enough.  Alas, no free, organic homegrown bananas!

Months later, when a new batch formed, it was obvious that due to the slope and the eventual weight of the bananas, this tree would topple even without wind.  To save the tree and its bananas, I found a blacksmith who agreed to make a couple of iron poles to serve as braces.  Placed strategically against the trunk, the braces allowed the tree to bear the weight of its own fruit.  We later harvested another large batch of free, organic homegrown bananas.  However, this time there were too many to use or give away, and my partner, Patri, decided to freeze several small batches that had blackened already so we could use them later on when we had no bananas.

Since those first two harvests, the banana grove has expanded and about two months ago five banana trees produced their own batches of bananas.  Because of the slope and the very heavy clusters, I knew all the producing trees needed to be braced in order to survive.  I once again called our blacksmith and asked him to make them, but these new ones needed to be much longer in order to save the trees. It took him a couple of weeks to make the braces, and I anxiously watched the batches getting bigger and heavier, fearing the trees would topple before help arrived.  Fortunately, the trees bore their weight, and when the blacksmith came with the new braces we again strategically placed them against the trees’ trunks.

After I paid the blacksmith and he had gone, I began adding up the cost of having six metal braces custom-made.  The total cost was 4000 pesos, roughly $200.  It turns out bananas are very inexpensive here in Mexico and for $200 dollars, I could probably purchase enough bananas to last 3 to 4 years!  I immediately shared this realization with Patri, and we agreed we had the most expensive free, organic homegrown bananas in all of Mexico!

Nevertheless, our bananas are organic and homegrown, and that makes all the difference!