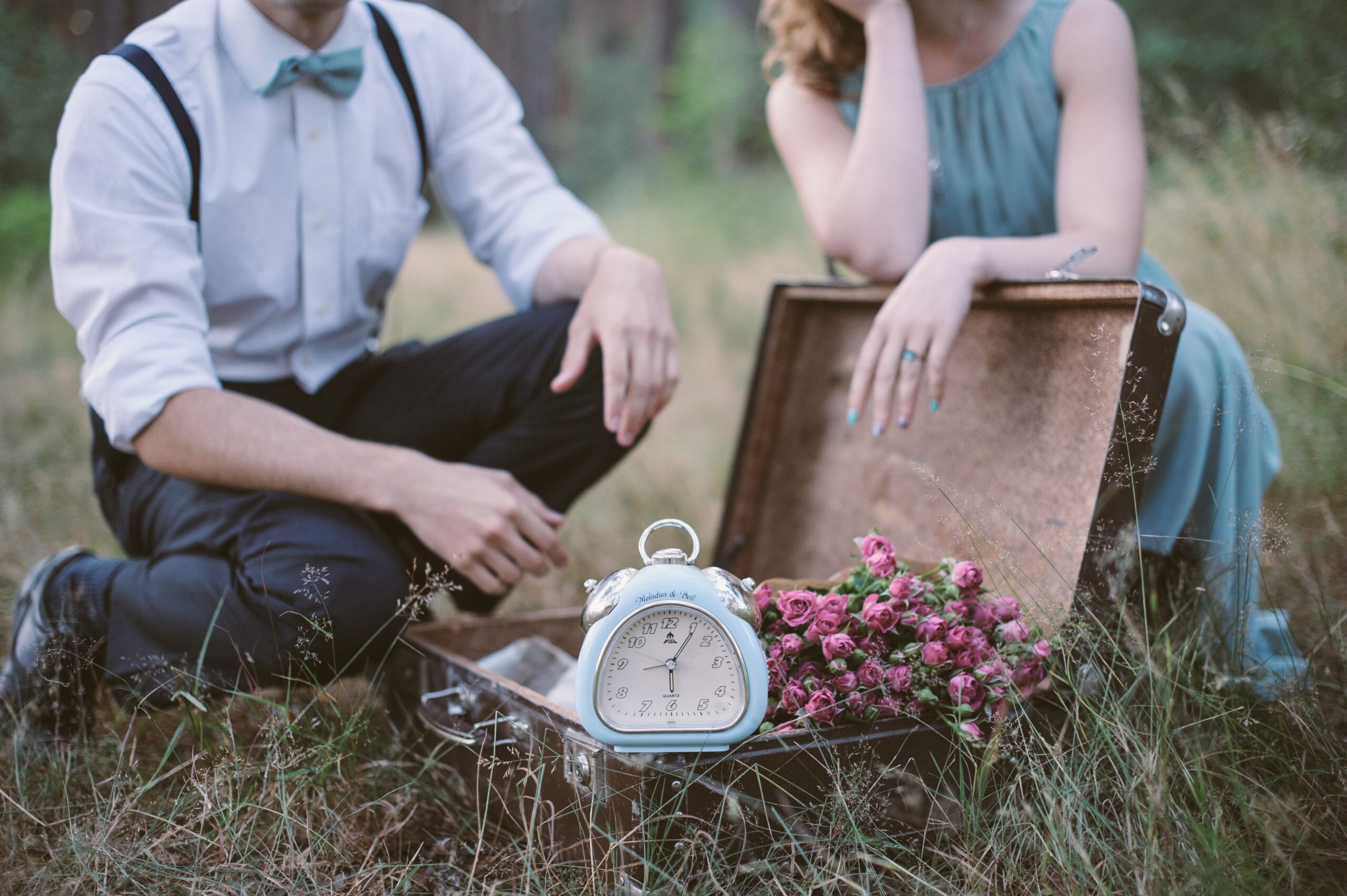 In the United States, there was an average of 6,200 marriages each day in 2019.  Last year 2.3 million couples got married.  The average cost of a wedding was $20,000.  One-third of those couples had been married previously.  Marriages last on average 8 years.  Last year in the United States someone divorced every 36 seconds, totaling 2,400 divorces per day and 876,000 per year.  About 41 percent of first marriages end in divorce, 60 percent of second marriages, and 73 percent of third marriages end the same.  The United States has the third-highest divorce rate in the world.  The main reasons given for divorce are incompatibility (43%), infidelity (28%), and money issues (22%).  Despite 55,000+ marriage therapists, tens of thousands of pastors, priests, and other mental health professionals who counsel couples, and hundreds of books about marriage, the divorce rate remains relatively unchanged over the past 20 years.  Clearly, there is something amiss.

Although the most common reason given for divorce is incompatibility, its meaning is vague, and can range from physical or emotional abuse to just “drifted apart.”  Infidelity is probably understated as a reason for divorce because secrecy, guilt, and shame make people reluctant to name it as a reason.  In addition to the three top reasons, other causes for divorce frequently mentioned are addiction issues, poor communication, marrying too young, too much arguing, unrealistic expectations, lack of equality in the relationship, and lack of preparation for marriage.

I have only shared statistics on marriage.  How many unmarried, long-term relationships end badly and bitterly?  I am aware of no statistics in this area, but most everyone knows couples who have lived together for extended periods of time but ended their relationships in pain and anger for the same reasons marriages end.  Besides all the upheaval and stress associated with ending a long-term relationship, most couples feel a sense of failure, accompanied by confusion, resentment, and disillusionment.  Questions arise like “ What did I do wrong?”  “Can I ever really live with someone?”  “Will I ever be able to trust anyone again?”

What if all of these “reasons” for relationships ending in pain are not really reasons at all?  What if they are actually effects, not causes?  What if, in most cases, marriage counselors, mental health professionals, and relationship specialists are treating effects and are overlooking the real source of all this human misery?

I believe the real cause of most relationships ending unhappily is due to a fundamentally flawed belief about the purpose of being together.  Most people enter relationships believing they will make each other happy.  This is because for most couples, in the beginning, they are making each other happy.  They have been searching for their soulmate or that “perfect fit.”  Now they have found the right person because together they finally feel complete or “whole.”  The feeling of completeness and of meeting each other’s needs is intoxicating.  (See “The Sham of Falling in Love,”)  Everything seems effortless, and the longer this lasts the more convinced they become that they can make each other happy.  Eventually, they decide to get married or to live together.

Of course, this desire to make each other happy diminishes, personal needs begin to take precedence, previously suppressed bad habits emerge, attempts to manipulate each other escalate, and doubts about having made the “right choice” arise.  Demands, accusations, blame, threats, and denial become the norm for communication until one or both parties decide they made a terrible mistake.  Finally, deep dissatisfaction, unhappiness, and disillusionment reach an intolerable level, and one or both decide it is time to move on.  If the relationship ends with each party blaming the other and themselves and believing they just made a bad choice, the likelihood of repeating the whole cycle over again is extremely high.

However, if either party begins to question the validity of the belief that people come together to make each other happy, there is hope for change.  Genuine, lasting, transforming change only happens when invalid beliefs are identified, discarded, and replaced by valid beliefs.  In the case of the oft-repeated scenario described previously, there are actually two invalid beliefs: 1) people are incomplete until they find the right person, and 2) the right person will make them happy.

The Real Reason for Relationships

If we are not in relationships to make each other happy, what then are relationships for?  The real reason we are in relationships is to teach and learn.  What are we supposed to be teaching and learning?  We are supposed to be teaching and learning fearlessness which is actually Trust with a capital T.  I am not talking about the ego’s version of trust which essentially is “I will trust you as long as you behave the way I expect you to.”  That is false trust and a huge source of untold human misery.  I am talking about true Trust, which is the absence of fear.

My oldest son taught me this years ago.  When he turned 13, he morphed from being an easy child to parent into a teenager who seemed impossible to parent.  He rebelled in every way possible–smoking cigarettes, skipping school, growing his hair long, piercing an ear to wear an earring, drinking beer, experimenting with drugs.  (This was in the late 1980s and he was kind of a pioneering rebel in his high school at that time!)  Everything I did to try and get him under control made matters worse.  I finally reached my threshold of pain and made an appointment to see a female pastor at our church.  She was quite a bit younger than me, single, and had no children, but I liked her spirituality and presence.  When I walked into her office, I was a wreck, and immediately launched into a long litany of complaints about my son.  She listened without interruption until I fell silent to wait for her response.  I expected some words of comfort and sympathy, but none came.  Instead, she said, “Steve, what your son needs is an unanxious presence.”  I was stunned!  My veil fell and I saw clearly.  I was acting from fear and he was too.  It was a classic case of the blind leading the blind.  I was the adult, and I was the one who needed to wake up and get in my right mind first!

I am forever grateful for that moment of illumination, because the free-fall stopped between us, and a gradual, prolonged time of healing began.  I realized my son had brought out my insanity and many of the invalid beliefs fueling it.  He was there to teach me patience, understanding, acceptance, calmness, and most of all Trust.  I had to learn to Trust that if I did not act from fear, the best possible outcome would be allowed to happen.

A Course In Miracles, the Manual for Teachers, describes three kinds of teaching/learning situations.  The first is the casual, brief encounters with people, like standing in line at the grocery store or meeting someone in an elevator.  Maybe the checkout clerk is new and having a difficult day.  When you get to her or him, what do you choose to teach and learn?  Do you choose to be curt and critical, or kind and supportive?  The second teaching/learning situation is usually longer and more intense.  Maybe it is your history teacher in your junior year in high school.  Or, it might be a very difficult supervisor whom you work with for several months.  These kinds of teaching/learning partnerships have greater potential for growth.  The third kind is the long-term, sometimes lifetime relationships such as parent/children, brothers/sisters, lifelong friends or enemies, husbands/wives.  These relationships have the greatest teaching/learning potential of all.

So, I invite you to consider the possibility that you have chosen to live with or marry exactly the right person, one with whom you can maximally teach and learn to become a fearless person.  You are together to learn life lessons, not to make each other happy.  You are together to reveal to each other your invalid beliefs.  It is usually at the most difficult moments that you can learn and teach the most.  So, rather than fighting to be right or to get what you want, or deciding to end the relationship, step back, and realize your partner is giving you an opportunity for real change.  If you stay with this understanding and intent, the relationship will reach its maximum level for personal growth.  Perhaps, at that point, the relationship will end because both parties realize they have taught and learned what they can.  If it ends, it will not end badly.  Rather, it will end with respect, gratitude, honor, and wisdom.  All of which you thankfully take with you into your next teaching/learning partnership.  (Author’s note:  I will be writing more about teaching/learning partnerships in a future post, most likely titled “Groundhog Day.”)