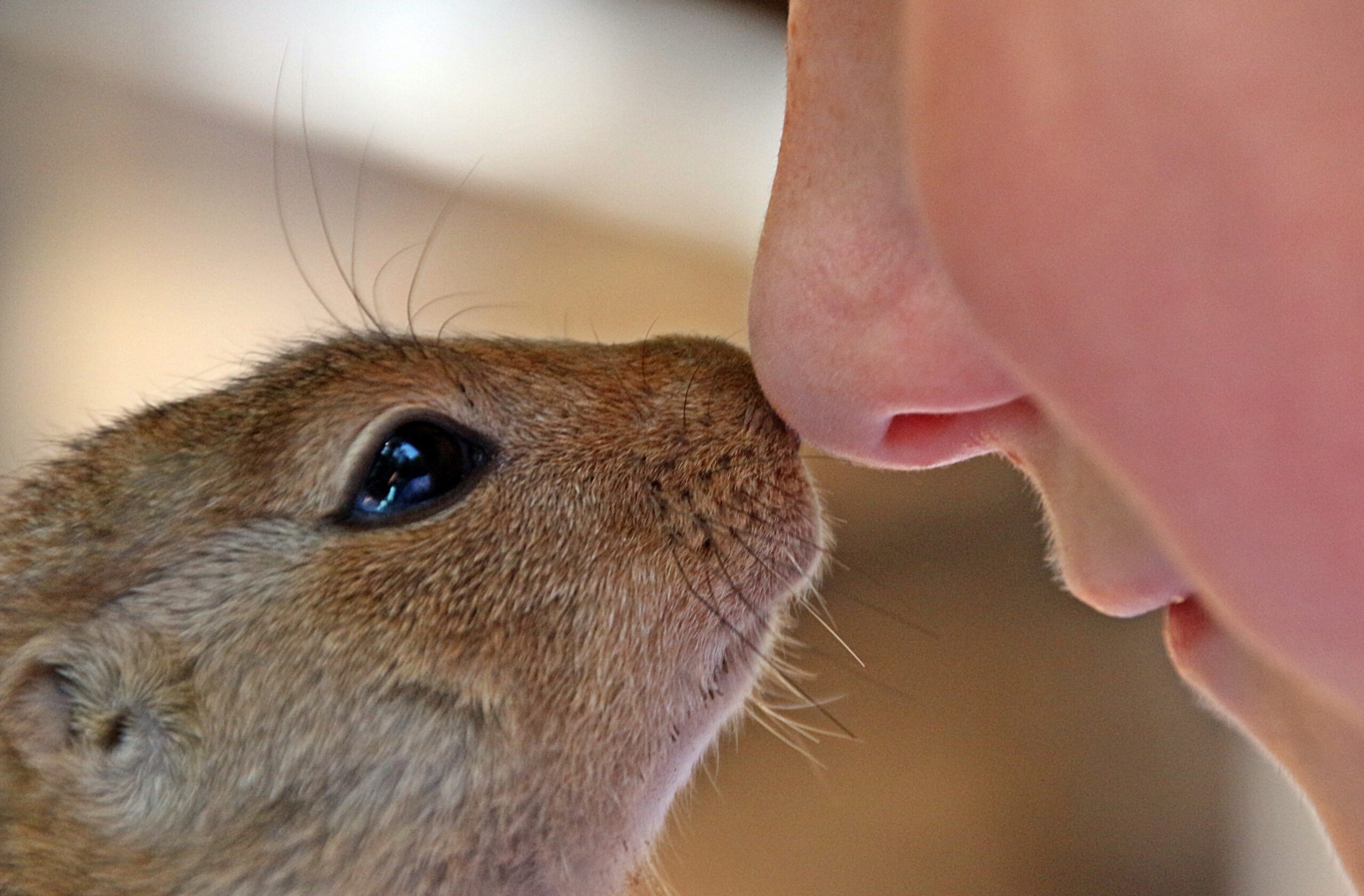 Establishing and maintaining trust is considered a crucial component in intimate relationships.  Relationship experts argue that without trust, no relationship will thrive, and very few are likely to survive.  Breaches of trust such as having extramarital affairs, giving misleading or false financial reassurances, or repeatedly failing to fulfill promises are all apt to precipitate crises in most relationships.

Trust is also a major concern between the public and its elected officials, between the people and the government in general, between stockholders and corporations, and between any authoritarian body and those who depend on it, such as believers and religious authorities.  Breaches of trust in any of these venues are also apt to precipitate crises and cause major upheavals in the flow and fabric of society.

How is trust established between any two entities?  Trust is established through honesty and consistency.  Both of these are critical because just telling the truth is not enough.  Consistently following through on pronouncements and promises establishes trust.  In other words, as the saying goes, “Actions speak louder than words.”

There is one more factor in establishing trust, and that is the willingness to accept the consequences of breaking trust and doing whatever is necessary to rectify the outcome.  For example, a parent promises a child to be home at a certain time and to take the child out for pizza. The car breaks down and is towed to the garage for repair, but the parts are not available until the next day.  The parent calls the child to explain what happened, apologizes, and promises to go out for pizza as soon as the car is repaired.  Of course, the child is disappointed and hurt, but a new promise has been made.  If the parent follows through and takes the child out for pizza as promised, the child will be reassured and his or her trust will be restored.  Children want to trust their parents, and typically it takes several breaches of trust before mistrust takes root.

Now here is the rub.  Everything seems to work well as long as people fulfill each other’s expectations.  But what if they don’t?  What if they repeatedly let each other down?  Or, on a larger scale, what if some unexpected catastrophe occurs like a pandemic, hurricane, flood, wildfire, or earthquake?  These natural disasters precipitate all kinds of trust-related questions like “Why did this happen to me?” “How could the world be so cruel?” or “Why do bad things happen to good people?” At these moments, the truth becomes obvious.  This type of trust is seriously flawed because it depends on the external and the changeable, neither of which are controllable.  (See the article “What Do You Control?”) This type of trust is an illusion, which is why you experience disillusionment when it is broken.  This is the ego’s version of trust!

If you have been reading many of the articles on this site, hopefully by now you are well aware of the ego and the ego’s belief system.  As is true of all ego beliefs, its version of trust is invalid because it is based on fear.  Usually, you are not aware of the fear until the trust is broken.  Then the fear becomes manifest as anxiety, jealousy, insecurity, panic, anger, and even rage.  How can trust be based on fear?  It can’t be, and that is why I call the ego’s version of trust “false trust.”

Because false trust is based on fear, it is extremely fragile.  Almost anything can shatter it quickly–a husband gazing at another woman just a little too long, a failure to keep a promise, an unkind act, or a small violation of a truce can all trigger a crisis and/or an upheaval.  Do you want to base your sense of safety, identity, and security on something so easily damaged or destroyed?  I recommend you consider looking at trust in an entirely different way.

The ego loves to make trust a preeminent issue in relationships because it gives it a license to control others. It writes the script for how others are supposed to behave in order to be trusted, and when they do not behave as expected, judgment results.  Judgment is the great separator, so in order to have true trust, you must be willing to relinquish judgment.  Letting go of judgment is incredibly challenging because it is the ever-present consequence of our ego beliefs.  So constantly present is judgment, that you are only occasionally aware you are judging. So, the first step toward establishing true trust is to begin to notice when you are judging.

Sometimes by noticing how ridiculous something is, you can laugh at it and let it go.  I recently reread a passage about judgment in A Course in Miracles that made me laugh.  I laughed at how arrogant and ridiculous I was in thinking I could judge anything.

In order to judge anything rightly, one would have to be fully aware of an inconceivably wide range of things; past, present and to come.  One would have to recognize in advance all the effects of his judgments on everyone and everything involved in them in any way.  And one would have to be certain there is no distortion in his perception so that his judgment would be wholly fair to everyone on whom it rests now and in the future.  Who is in a position to do this?  Who except in grandiose fantasies would claim this for himself.  —A Course in Miracles, Manual for Teachers, page 27

Unfortunately, the vast majority of humanity (me included) is operating from grandiose fantasies!!!  Nevertheless, the more you notice you are judging, the more you become aware of the pain and unease you generate within yourself.  At that point of extreme awareness, you are ready to say, “Enough, there has to be a better way!”

It is important for me to emphasize at this point I am talking about letting go of the judgment of appearances, external things, this whole world of perception.  I am not talking about listening to your heart or intuition or inner wisdom or the Holy Spirit–whatever concept works best for you.  We all have an inner knowing which all too often we ignore at our peril.  Deciding to listen to that is an entirely different use of judgment.  In the article “The Other Voice,” I describe the ego as always speaking first and loudest, whereas the other voice, our inner knowing speaks softly and gently, usually when our mind is quiet and open.  So, part of establishing true trust is learning to judge which of two inner voices to listen to.  The following story illustrates this point.

Not long ago, my partner was asked to be the sole performer in a play about a Mexican woman icon, Elena Garro.  The director, whom she had known of many years earlier, had approached her and lavished her with praise about her acting acumen, and he told her she was the best woman for the part.  After reading the script, she agreed to take the offer, but she had had some strong hesitations and reservations.  She chose to ignore them and went ahead anyway.  Early in their interactions, her concerns magnified, but again, she ignored them and plowed ahead.  The whole thing ended in disaster when he refused to keep any of his promises and he treated her in a demeaning and dishonest manner.  Had she listened to her inner knowing and not the voice of the ego, none of the subsequent pain, hurt, and disillusionment would have happened.  So, to reach true trust, learning to judge which inner voice to listen to is an important beginning.

To arrive at true trust, you will need to make a belief change.  Once you learn to gratefully release your belief in judgment, you then allow yourself to embrace the belief that there is some benevolent force, energy, or consciousness that is always available and extending itself. This means believing that what we are perceiving may not be what really is, and that ultimately all things work for good.  Embracing this belief may be too much of a stretch for you if you consider yourself an agnostic or an atheist.  However, this does not mean you have to believe in God.  It merely means trusting that all energetic forms are a part of and an extension of energy that is creative, unifying, enlivening, inspiring, expanding, intelligent, and beneficent.  It is like trusting the buoyancy of water.  You have to let go, relax, and feel the presence of buoyancy in order to float.  You do not have to believe buoyancy is some kind of supernatural or intentional force.  It just is.

Let go of judgment and the arrogance of believing your worldview and your script are right and true.  Abandon false trust, and embrace Trust with a capital T.