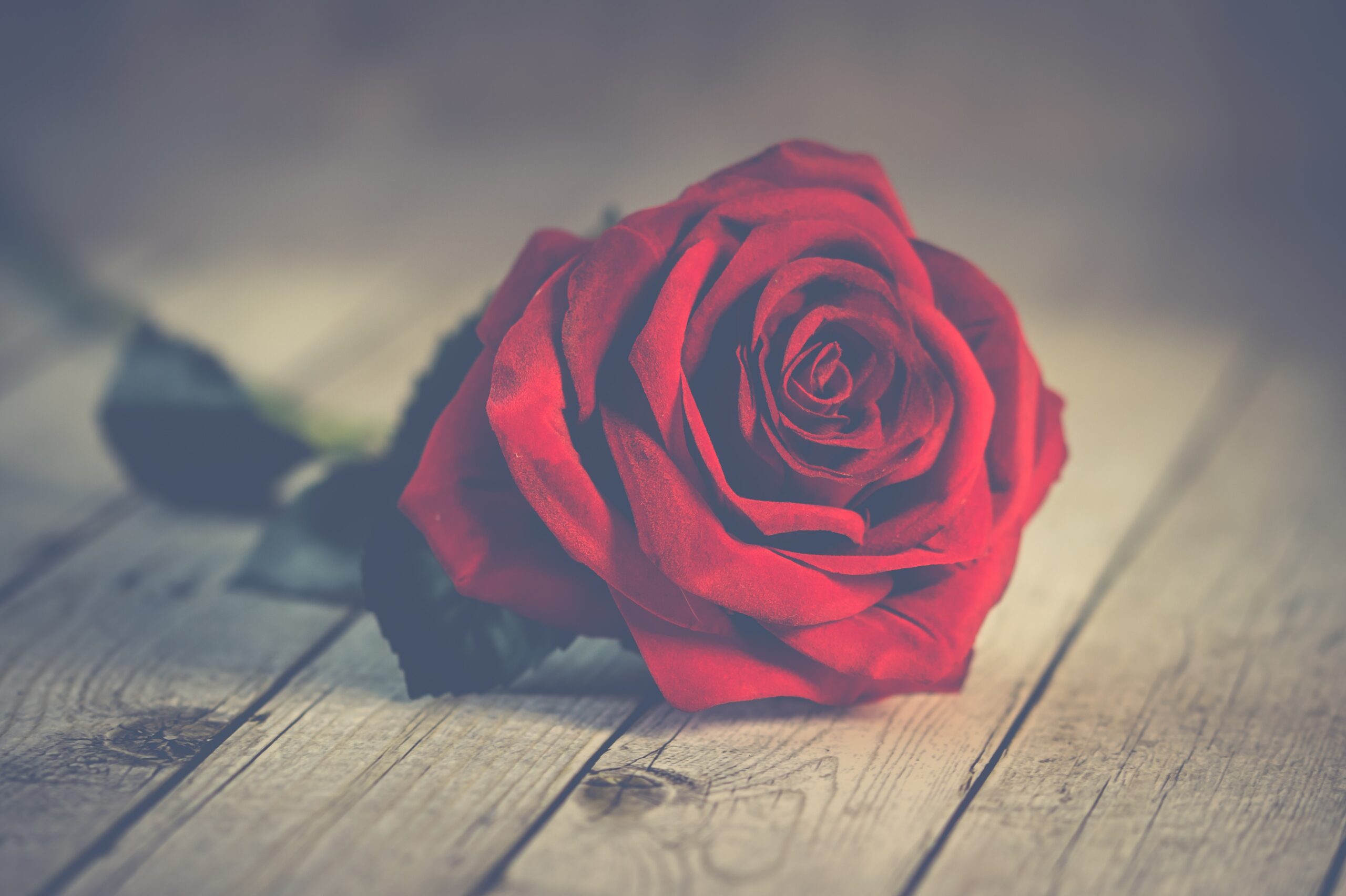 Once upon a time, there was a young butcher and his wife.  They were newly married and constantly swooned in each other’s presence because of the passion they felt for each other.  Now one day, much later, the butcher happened to glance over at his wife as she stepped out of the bath.  For the first time, he noticed she had a large blemish below her right shoulder.  Why he had never noticed this before, he could not imagine.  He thought he must have been blind, and more and more he obsessed about the ugliness of her blemish.

On another day, a little later, the butcher’s wife was in the slaughterhouse with her husband.  He had his shirt off because the day was hot and humid, and the butchering was hard work.  She admiringly gazed at her husband, but to her shock, she noticed a large blemish beneath his left shoulder.  She could not keep her eyes from it, and she was most distressed at discovering its presence.

After these discoveries, the butcher and his wife became more quiet around each other and less enthusiastic in expressing their affection.  For several days they treated each other in this manner until finally the butcher could stand it no longer.  He blurted out to his wife, “You have an ugly blemish on your back and I cannot stop thinking about it!”  His wife said the same thing, and they both rushed to a mirror to look at themselves.  Sure enough, both saw their blemishes.

Weeks went by and the butcher began to feel most unattractive to his wife.  Neither said much to the other, and both sunk into a grievous state.

It just so happened that a traveler came who had been told he could get provisions from the butcher for the next part of his journey.  Now the butcher was a kind and generous man, and he saw that the traveler was very poor, and could not afford to buy all that he needed to make the journey without risking starvation.  So, he put extra provisions in the traveler’s pack without telling him and charged him only what he could afford to pay.  Unbeknownst to the butcher, the traveler had seen his generosity.  The traveler was a woodcarver, and in his pack he had a rose he had carved which was exquisitely beautiful.  The detail was incredible and its resemblance to a living rose was so overwhelming, that it played tricks on one’s senses, seeming to emanate a true fragrance!  As he thanked the butcher and prepared to depart, he secretly placed the rose on the mantel above their fireplace.

Later in the day, the wife happened upon the rose.  She was amazed and struck by the rose’s beauty.  She reached out and lightly touched the rose to see if it was real.  It was wood, but the carved petal felt as soft as a living rose!  She thought her husband was preparing to give her this precious gift, and once again she felt her love for him and his love for her.  She said nothing to her husband when he walked into the room, but smiled warmly at him, caressing him lightly on the cheek.  Instantly, he felt a rush of affection for his wife, and once again saw how truly beautiful her smile was.

That evening, a chill crept into their cottage, and the butcher saw his wife shiver as she sat nearby.  He set out to build a blazing fire in the fireplace to warm her and himself.  As he busied readying the fire, he too saw the rose on the mantel.  He was spell cast by its beauty, and was thrilled his wife had placed it there for him to discover.  He said nothing to her, however, for he did not wish to spoil her surprise.

Days went by and the butcher and his wife waited patiently for the other to give the gift of the rose.  Every time they saw the rose, or even thought of it, their passion and bond for each other deepened, until receiving the rose became less and less significant.  The blemishes faded from their minds, and to this day the loveliness of the rose is in their eyes and the softness of the rose is on their fingertips.