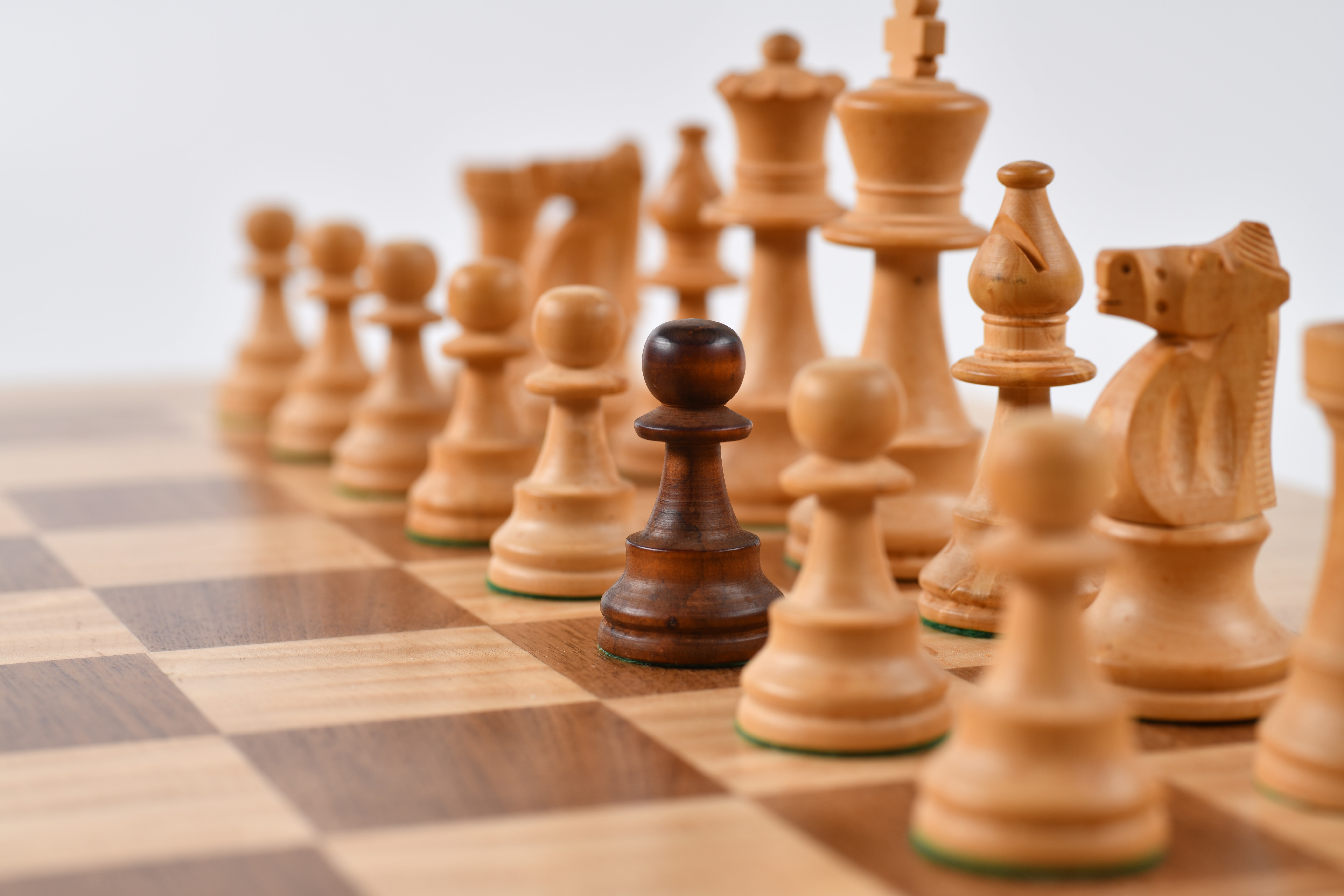 For the last two-plus years, I have been living in a 20-year-old Mexican colonial style home in the Tepozteca mountains in the Mexican state of Morelos, about two hours south of Mexico City.  The house is built on the top of a sloping hill, so when you walk into the yard, you look up at the house, which appears quite stately because of the two-story brick exterior, red-tiled roof, and the five concrete pillars that support a welcoming wrap-around porch. On the porch are potted ferns, orchids, a small palm tree, and thick, flowery vines climbing up and around the pillars, all of which thrive due to the shade provided by the overhang for the porch.

When we first looked at the house, the plants were not the only residents thriving in the shade of the porch.  A couple of pairs of sparrows nested there, and four pairs of swallows had built their mud/grass nests under the overhang.  The birds not only had their nests, but they also had many perches they frequented as evidenced by the build-up of white/black excrement on the brick walls and porch floor beneath them.  When I pointed this out to the realtor, she commented that swallows were appreciated in this area for their voluminous consumption of bugs, especially mosquitoes.  She added that the indigenous people believed the swallows brought good energy to a house. The architect who was inspecting the sturdiness of the house (it had been in a recent 7.1 magnitude earthquake), chimed in and said the same.  As soon as the architect pronounced the house solid and stated he found no quake damage, I made an offer on the house. The house was already completely furnished and the owner, who lived in Mexico City, no longer used the house as a getaway to the countryside.  The owner accepted the offer, and we moved in a week later.

For the first few months, we enjoyed the swallows.  They were aerial acrobats and it was fun to watch them coming and going. Usually, they flew in pairs, but sometimes all eight of them dived, arced, and zoomed in front of the house.  We also noticed a scarcity of mosquitoes!  However, after a few more months I began tiring of cleaning their droppings off the walls, walkways, and porch floor.  Also, we noticed when the swallows were brooding, they became very aggressive fliers, diving just over our heads with unnerving precision.  We were not their only targets, they also diligently chased away any other birds venturing into the yard.  After their young had hatched and left, and the swallows seasonably migrated elsewhere, I determined to be rid of them when they returned a month or two before the next rainy season in June. I prepared for their return by removing all of their nests, and I hired someone to scrub all the affected areas of the house, thinking if there was no trace of their previous presence, the swallows would simply fly away and find new homes.  Oh, was I wrong!

The four pairs arrived as anticipated, but with two more pairs, presumably offspring.  They vigorously chirped and tweeted upon seeing the house.  I was not sure if they were sounds of joy at being home again or expressions of distress at finding their nests gone.  The next couple of weeks they all hung around, frequently making forays under and out from the porch, or perching in rows on the nearby telephone wires.  A visiting neighbor, an observant, articulate Englishman, noticed all the swallows lined up on the wires, and asked, “Why are all those swallows lurking there?”  Yes, they were “lurking,” and I started looking over my shoulder when I was in the yard.

Then the first heavy rain came, soaking the parched earth!  The very next day the swallows arrived early with building materials in their beaks–mud and grass.  Busier than beavers, they began building their nests, flying in and out, in and out to stick the mud to the walls of the house just beneath the roof of the porch.  Some started to build nests under the eves of the second floor, far out of the reach of any ladder.  Determined to stop their nest building, I jury-rigged a tool that consisted of a long rectangular stick with a scraper duct-taped on the end.  As soon as I saw evidence of new mud anywhere on the house, I scraped it off with my new tool.  This dynamic between the swallows and me continued for a couple of weeks.  They seemed undaunted, but I was tiring, after all, it was 12 against one!

I decided to try another deterrent.  I fastened a couple of mirrors in strategic locations, thinking if they saw their reflections as they approached the house, they would veer away and perch elsewhere.  This actually worked!  Alas, however, two days later the swallows rerouted their entry points to avoid the mirrors, and soon were swooping in and out with their building materials.

In the midst of all this excitement, my oldest son arrived for a ten-day visit  The next day, I told him about the swallow situation.  I explained that I wanted to get rid of them without physically harming them.  He being a bit more aggressive than me, suggested buying a slingshot.  He offered to post himself strategically in the yard and shoot the swallows down as they flew in and out.  Hesitantly I agreed, so we bought some beans as ammunition.  We thought if he actually managed to hit one, no serious harm would be done.  We also thought that even if he never hit a swallow, being frequently shot at would finally discourage them enough that they would move on.  We were wrong.  By the time he left, two pairs of swallows were still attempting to build their nests.  At this point, it was a good thing that the personal possession of firearms was not allowed in Mexico, because I was longing to test the marksmanship of my youth with a BB gun!

Several days later, I was sitting in the yard while watching the last two pairs of swallows still attempting to build their nests.  I took a few deep breaths and just sat and gazed.  Then I noticed something!  The swallows flew in and out at the exact same trajectory every time!  Yes, it was unmistakable.  My next thought was to hang decorative rows of flags from the underside of the roof directly in the way of their flight path.  The swallows always flew in at high speeds and it seemed unlikely they could adjust their flight path quickly enough to avoid crashing into a wall.

The next day, I went into town. I bought the colorful, festive flags and tacked them along the entire edge of the front porch. I sat down to watch.  As the swallows launched on their flight path, they abruptly veered left or right before reaching the flags. They perched on the telephone wires twittering and tweeting while seemingly staring at the flags.  For the next several days, the swallows hung around, but they no longer attempted to build their nests.  Soon they left for their migratory flight with no nests built.

Late this spring, the swallows returned. They lurked around for a while, and occasionally made forays under the porch roof.  As of today, only one pair makes an occasional appearance, but they are not nest building.

Are there any life lessons to be learned from this epic battle?  I believe there are at least two; the first practical, the second philosophical.  The practical lesson is to learn to be a keen observer.  Not until I sat down and patiently watched the swallows did I see what needed to be done. To observe first rather than act is difficult for most people, especially men.  We often waste a lot of time, energy, and resources attacking a perceived problem before we have really studied it.  So patience is a part of careful observation.

The philosophical lesson, of course, goes a bit deeper.  The swallows could easily represent our unwanted ego thoughts, especially our thoughts of attack.  The swallows are just outward manifestations of where the real battle is–in our minds.  Yes, the real battle, the epic battle is ridding ourselves of the ego belief system which is built on fear and energizes our sense of threat.  (See the first in a series of four articles about the ego, “Iago or Ego?“) Thoughts of victimization, resentment, guilt, envy, jealousy, revenge, hatred, and so on are all spawned by the ego belief system. Rather than resisting or fighting ego thoughts, why not step back and observe them?  See if they are really worthy of your attention.  Are they true?  Are they more than just thoughts?  Do you have to act on them?  Like the swallows, your ego thoughts are not likely to completely disappear, but if you step back and realize they are just thoughts, you can let them go.

It is important to know you are not your thoughts.  Thinking is just a function, something you do.  Much larger and more defining is your attention.  You can choose to pay attention to whatever you want.  Your ego generated thoughts that become distressing, anxiety-provoking, saddening, and so on are just thoughts.  When you pay attention to those thoughts, either by fighting them or embracing them, you infuse those thoughts with energy.  Thoughts energized by attention become emotions, sometimes intense emotions that trigger dramatic behavior.  So, gently remind yourself a thought is just a thought.  Then, graciously let them go.  When you do, like the swallows, those unwanted thoughts lose their momentum and fade into the vast stream of human consciousness.