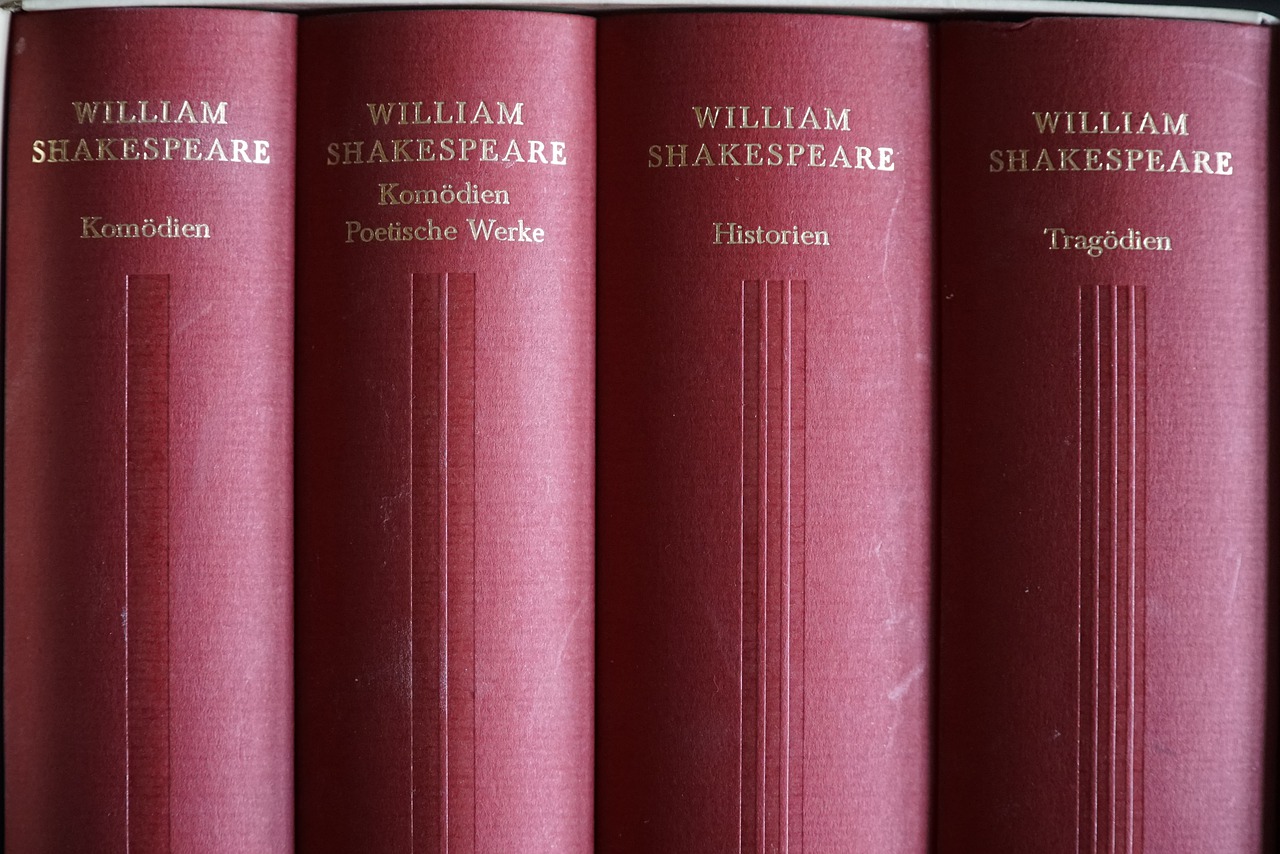 (Author’s note: this is the first of four articles about the ego, so I recommend reading this one first, then “The Most Outrageous Belief in the World,” then “Why So Much Hate?” and ending with “Is There Hope for the World?“)

In the play Othello, Iago is an ensign to Othello, who is the general for the Venetian army and the tragic protagonist in the play.  The third main character in the play is Desdemona, daughter of Brabantio, a wealthy and influential senator.  She is portrayed as an innocent, someone who is incapable of guile, totally trusting, and kind to everyone.  Although Othello is a highly regarded general and respected by almost everyone, he has one major strike against him.  He is an outsider because he is a Moor, a black man with no social standing.  Othello and Desdemona fall deeply in love, and after a period of clandestine courtship, they secretly get married.  Due to circumstances, Iago becomes Othello’s lieutenant, basically his second in command, and thus has ready access to Othello’s ear.  Iago is the antithesis of Desdemona.  He is heartless, scheming, envious, and most of all, he is inwardly the opposite of his outward demeanor.  He portrays himself as an honest, trustworthy man, and most everyone sees him that way, especially Othello who trusts Iago’s counsel completely.  Iago, for several reasons which become clearer as the plot unfolds, sets out to destroy Othello.  Iago is extremely clever and opportunistic, so through a succession of manipulations and whisperings (innuendos and outright lies) in Othello’s ear, Iago convinces Othello that Desdemona is having a clandestine affair with his friend, Cassio.

Once Othello believes Iago’s lies, he reluctantly decides he must kill Desdemona, which he does by suffocating her with a pillow in her own bed.  Othello is caught on the scene by Iago’s wife, Emelia, and she cries out, so Iago and others immediately arrive.  Othello defends himself by claiming he had the right due to her infidelity, but when Emelia hears this, (she has seen and heard all of Iago’s plottings), she realizes what Iago has done and accuses him in front of everyone. He immediately stabs and kills his wife.  Othello tries to kill Iago, but only wounds him.  Othello, realizing he has been duped by Iago into killing his beloved Desdemona, pulls out a hidden knife and fatally stabs himself.  Thus ends this very dark tragedy.

No one doubts that Shakespeare was a genius at identifying and portraying human flaws and foibles.  In fact, he had a keenness for understanding human dynamics which exceeds that of most psychologists!  What is even more astounding, he chose the name Iago for his most villainous character, which sounds shockingly like the word “ego.”

The ego is, in my opinion, one of the most important psychological concepts today.  To my knowledge, Sigmund Freud introduced the term in his earlier writing and theorizing to explain human psycho-social development and functioning.  He proposed the ego was one of three internal forces or processes which energized and directed behavior.  The first force called the id, he defined as instinctive biological drives that operate entirely on the pleasure principle–seeking pleasurable physical sensations and avoiding painful ones.  The ego developed next.  The purpose of the ego was to satisfy the id’s urges without harm or destruction to the body.  The ego operated on the reality principle and consisted of all the intellectual processes such as thinking, reasoning, perception, and memory.  Freud’s third force was the superego, which he defined as the culturally transmitted ideas of what is right and wrong.  The superego’s purpose was to see that the id and ego conformed with socially accepted norms for behavior.

Since Freud, the meaning of the ego has changed substantially.  Ego is now usually equated with self or self-concept.  In other words, the ego is the set of beliefs we assume is true about ourselves.  The ego is the self we have learned to believe we are.  This set of beliefs activates our thoughts, shapes our perceptions, energizes our feelings, and instigates our behavior.

My definition of the ego has become very clear to me after years of research, reading, and studying, but most of all, from my professional and personal experiences.  External sources I draw upon for defining and explaining the ego include The Power of Now by Eckhart Tolle, Beyond the Dream by Dr. Thomas Hora, the writings of Dr. Kenneth Wapnick about A Course In Miracles, and most of all A Course in Miracles itself, which I have read and reread over a period of 30 years,  (For more information about these books, please go to the “Books” section on this site.)

According to A Course in Miracles, the ego is a thought system developed from a single, insane belief.  The belief is we are a body that is completely alone in this world.  Of course, there are other bodies, but each body is an entirely separate form.  Being a body, we are born, we age and we die.  We live in time and space.  The story of Adam and Eve in the Bible is an attempt to explain the origin of the ego.  Genesis, Chapter 2, verses 4-24, and Chapter 3, verses 1-24 tell the whole story.  In Chapter 2, God places Adam and Eve in the garden of Eden, a paradise with no restrictions except for the prohibition to eat fruit from the tree of the knowledge of good and evil.  Chapter 3 describes both “the fall” when Adam and Eve choose to eat from the tree, and the dire consequences of their choice.  The other main character is the serpent, who convinces Eve to eat the forbidden fruit by promising her she will be like God, knowing good and evil. The serpent’s role is the same as Iago’s.

What instantly happens when Adam and Eve eat the forbidden fruit?  Genesis Chapter 3, verse 7 says, “Then the eyes of both were opened, and they knew they were naked; they sewed fig leaves together and made loincloths for themselves.”  At that moment, they believed they were physical bodies apart from each other and separate from God.  Boom!!!  Consciousness, separation, the ego!!!  Worse yet, they now feared God’s wrath, so when God again arrived at the garden, Adam and Eve “hid.”  Of course, God finds them and immediately knows what they have done.  His final consequence for breaking His one prohibition is banishing Adam and Eve from paradise, sending them into a world of time/space, birth/death, pain, loss, decay, scarcity, sin, and guilt.  God curses the serpent as well, sending him into the same horrific world as Adam and Eve.  This is the world of the ego, based on that one tiny, mad idea of separation. God is portrayed as the real villain in this story, not the serpent.

In reality, the opposite is true.  The true story that explains our existence is found in the New Testament of the Bible, the Gospel of Luke, Chapter 15: 11-32, and one retold in the article entitled, “The Most Outrageous Belief in the World.”

Nevertheless, who among us does not believe in birth/death, decay, illness, loss, and scarcity?  Who among us does not believe we are separate bodies with separate interests, competing for limited resources in order to survive?  Who among us does not believe in specialness–the idea that some bodies are more or less important or more worthy than other bodies and therefore should be treated differently?  This is the world of the ego–originated by an insane, fearful belief that spawned a configuration of insane, fearful beliefs which is sustained and strengthened by fear.  Of course, many of the world’s religions espouse beliefs in oneness, a benevolent higher power, and an afterlife.  However, except for a few mystics from the various world religions, and the few truly enlightened men and women in the secular world, most everyone lives in this world of the ego.

To summarize, the core beliefs of the ego thought system regarding our existence are:  1. We have succeeded in separating from our Source, and therefore our Source is angry.  This belief is deep within our minds, and very rarely conscious.  2. We are born into bodies, therefore we experience aging, illness/pain, loss, decay, and death  3. We are alone in this world of separate bodies and therefore have conflicting interests.  4. Safety, happiness, and survival depend on getting our needs met in this world of limited resources.  These beliefs are the key cognitive components of the ego thought system.  What are the behavioral components?

Thanks to Shakespeare’s genius, all we have to do is look at Iago to see the dire consequences of the ego thought system. Clearly, Iago epitomizes the worst of the ego.  His behavioral repertoire consists of flattering, lying, insinuating, conspiring, dissembling, assaulting, and eventually killing.  All the other characters in Othello, except for Desdemona, also act from ego, which means they act purely from self-interest also, but mostly in ways that are sanctioned by society.  As Freud first proposed, the ego does operate from the reality principle, which is making sure the body survives by whatever means necessary, regardless of right or wrong.  So, saving, cheating, stealing, cajoling, lying, assisting, giving, coercing, persecuting, and so on, are all acceptable behaviors when faced with certain conditions for self-survival, self-assurance, and self-enhancement.

The world of the characters in Othello is bleak indeed, as is the world in all of Shakespeare’s tragedies.  What’s to be done?  How do we deal with the ego?  That is the subject of another article on the ego entitled “Is There Hope for the World?”  However, next go to “The Most Outrageous Belief in the World.“     (Author’s note:  I thank Dr. Kenneth Wapnick for first showing me the likeness of Iago and ego in his compilation LIfe, Death, and Love: Shakespeare’s Greatest Tragedies and A Course in Miracles.)