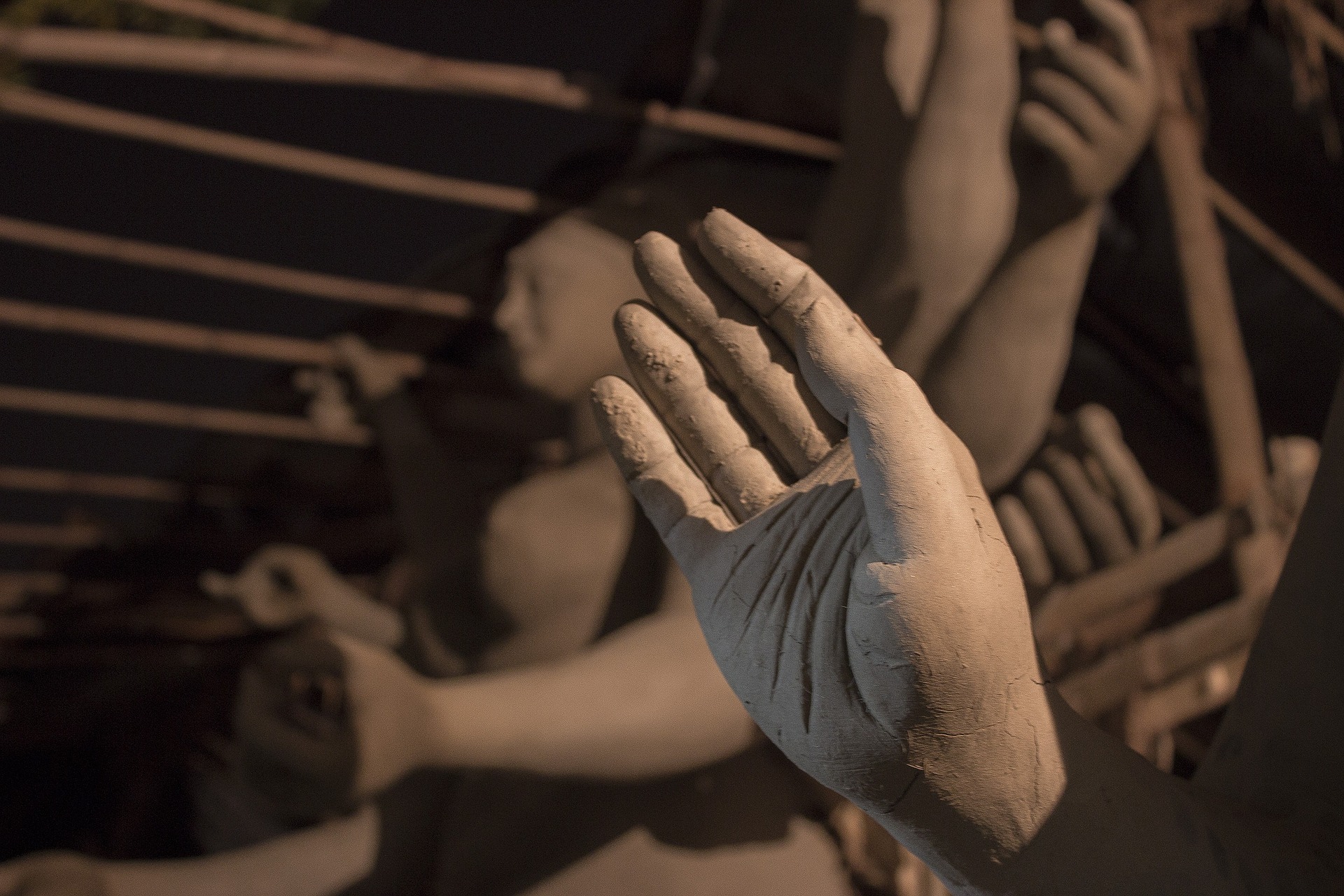 In a preceding article, “What in the World?” I addressed the question of how this world of such cruelty could be made by a loving God and concluded with the answer that God did not make the world we see.  Perhaps you are atheistic or agnostic, points of view I appreciate, yet I wonder if you arrived where you are because you never found a satisfactory answer to this very question. Through my psychological training and spiritual seeking, I found my way to the startling conclusion that God did not make this world of form.  This conclusion has now become a core belief–one that shapes my thoughts, perceptions, emotions, and actions.  With this belief, I have stopped blaming God for anything I perceive as bad.  I have stopped trying to figure out God’s will for me and I have stopped second-guessing God when incomprehensible things happen in this world.

If not God, Who Made this World?

If God did not make the world we see, who did?  Here is my second startling conclusion that has become another core belief.  I make and am continually making the world I see!  And, you and everyone around you is doing the same thing–24/7.

You might be objecting to both of these beliefs, and thinking “How can this possibly be?”  The answer is that the power of belief is so great what we believe we perceive!  (See “What You Believe, You Perceive”)  Belief is the systemic cause of everything that happens in this world. Hitler’s belief in white supremacy led to World War II.  Martin Luther King’s belief in equality for all led to the first civil rights act.  Henry Ford’s belief in the combustible engine led to the development and proliferation of the automobile.  George W. Bush’s belief that Saddam Hussein had chemical weapons led to the war in Iraq.  All of the world’s religious traditions are based on belief, and most of the conflict and strive in this world is due to clashing beliefs.  These are examples of the power of belief on a macrocosmic level, and I could cite every major and minor historical event as examples of the same.

Does this power of belief apply on a personal, microcosmic level?  Absolutely!  Although humanity collectively shares many of the same beliefs, the truth is everyone also lives in their own reality made by their individual set of beliefs.  This is why no two people see an event in exactly the same way.  For example, after having worked with law enforcement for 30+ years, it became clear that witnesses to a crime scene all described the scene differently.  Agreement amongst witnesses ranged from some agreement to total disagreement!

So as not to belabor this point, I will share one personal incident that clearly revealed to me the power of belief.

A few years ago when I was living in Minnesota, my partner and I had driven to Fargo, North Dakota from Fergus Falls, Minnesota (about an hour drive) to do some shopping.  At that time, I had two vehicles, a red 2012 Hyundai Veloster–a sporty hatchback, and a 2006 white Mitsubishi Endeavor–a midsize SUV.  On this day we took the Veloster.

When we arrived in Fargo, I dropped her off at Hobby Lobby and told her I would pick her up in about an hour.  When I finished my shopping and returned to Hobby Lobby, she was standing with her shopping bags in hand at the curb in front of the store.  As I approached, I could see she was looking for me.  I pulled up right in front of her.  She looked right through the front window, but instead of getting into the car, she looked away and continued scanning the parking lot.  I waited a minute or two for her to see me since I was parked directly in front of her.  Instead of getting in the car, she kept gazing toward the entrances to the parking lot watching for my arrival.

After a minute or two, I honked the horn.  She leaned down and peered inside the car, showed an expression of irritation, and then returned to scanning the parking lot.  Finally, I rolled down the window and shouted, “Patri, it’s me!”  She bent down, peered into the car through the open window, and abruptly showed a look of recognition and embarrassment!

After she got into the car, I asked her why she had not seen me parked right in front of her.  She told me she thought (believed) we had driven into Fargo in the Endeavor, so that was the vehicle she was waiting for.  In fact, she told me she thought some stranger was harassing her by honking his horn at her!  At that point, we both marveled at how her belief that I was in the Endeavor had completely shaped her perception to the extent she did not see me, even when she looked directly into the car.

I first encountered the idea of separate realities when I read a book titled Understanding by Jane Nelson who took it from two cognitive psychologists E.M. Suarez and Roger C. Mills and their book Sanity, Insanity and Common Sense. Thankfully, I discovered this book fairly early in my psychology practice and it became immensely useful with all my psychotherapeutic work.  In the next article, I will give you several notable examples of how I saw separate realities at work with clients who were experiencing anxiety, depression, and severe interpersonal conflict.  There was no doubt all of them were making the painful, cruel world they saw.