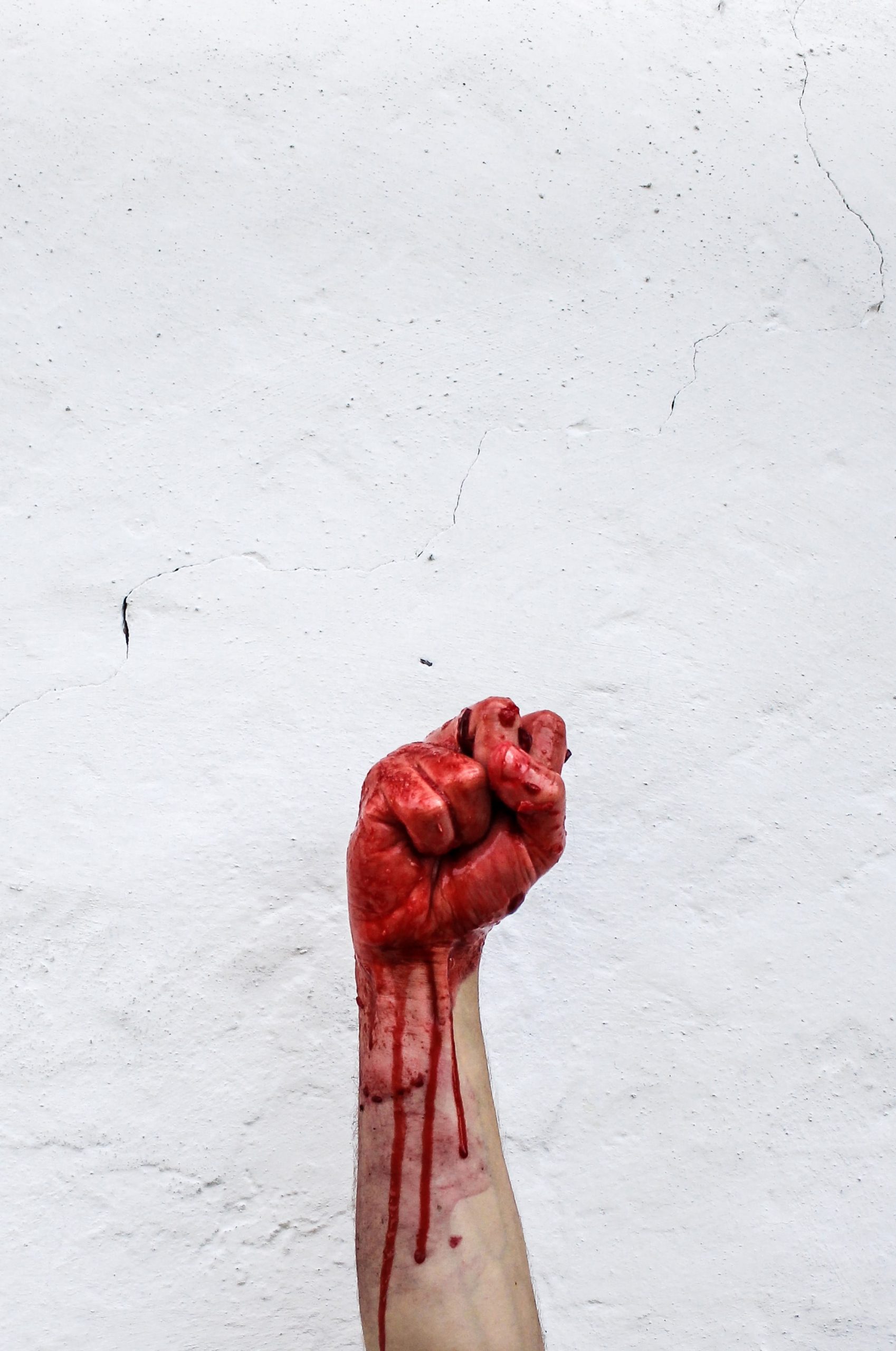 (Author’s note: this is the third of four articles about the ego, so I recommend you read “Iago or Ego?” first, followed by “The Most Outrageous Belief in the World.”)

At this point, if you have read the first two articles about the ego, you might be confused, daunted, or perhaps overwhelmed.  If so, excellent because it means you have one eyelid slightly open to awakening from the spell of the ego.  Now hopefully, you wonder if there is another way, a different narrative than the tragedy of Adam and Eve.  There is, but before considering the new narrative, we must flesh out more of what the ego is, starting with a review of its core beliefs.  To repeat, the core beliefs of the ego thought system regarding our existence are:  1. We have succeeded in separating from our Source, and therefore our Source is angry.  (This seminal  belief is deep within our minds, and rarely conscious.)  2. We are born into bodies, therefore we experience aging, illness/pain, loss, decay, and death  3. We are alone in this world of separate bodies and therefore have conflicting interests with other bodies.  4. Survival, security, and happiness depend on getting our needs met in this world which has limited resources. In this post, we will look at the first three of these beliefs.

We have succeeded in separating from our Source, and therefore our Source is angry.

Due to the fact this seminal belief is so deeply embedded in our minds, and because you may consciously believe God is mostly benevolent, you are likely to deny this is true. Nevertheless, we have the Adam and Eve story which clearly depicts an angry, vengeful God.  This belief about God has persisted through millennium despite Jesus’ herculean efforts to counter it, and replace it with his belief in an unequivocably loving God.  His “good news” was to declare “the opposite is true!”  In Jesus’ case, the egos of the religious authorities became suspicious when Jesus arrived with his “good news,” so at first, they debated, undermined, and accused him publicly.  Then they became alarmed when his narrative appeared to be spreading wildly, so they plotted and schemed to destroy him.  Last, when Jesus seemed undeterred and unbowed while his numbers of followers kept increasing, they became enraged, so not surprisingly, they brutally killed him by crucifixion.

Why do I say his crucifixion was no surprise?  I say this because, without this seminal belief in separation and punishment, the ego’s entire belief system would collapse.  So, to bring this belief into awareness and to begin questioning it is the supreme threat to the ego.  The ego will do whatever is necessary to keep this untruth out of our awareness, that way we cannot even consider questioning it.  The situation is like the story of the man in the underground cell.  He had one small, dirty window near the ceiling that allowed a ray of sunlight to briefly penetrate the darkness.  Every day he sat in the darkness, waiting restlessly for that moment of light.  Little did the prisoner know if he had explored the darkness of his cell, he would have discovered that the cell door was open!  All this time, he was free to walk out of the darkness and into the light!  The ego does not want us to explore the darkness that is hiding us from the light of truth, which is we are unconditionally loved and can never be separated from that Love.

Unbeknownst to most everyone, this foundational ego belief is the font for all fear.  Fear is the state of mind of the ego and this was the state of mind of Adam and Eve from the moment they ate of the forbidden fruit, and nowhere in the story are we told they stopped being afraid.  Until we are fully aware of the tremendous fear that engulfs humanity and if we do not choose to face that fear, there will be no lasting change in this world.

We are born into bodies, therefore we experience aging, illness/pain, loss, decay, and death.

In fact, the opposite is true, but you, the reader, might be thinking, “Of course this is true, just look at the world we live in!”  To disbelieve this, you would have to deny everything your senses tell you.  Your senses tell you, “Yes you are a body because you get hungry and thirsty, you trip, fall, and hurt yourself, you have times of pleasure, you wake up in the morning and go to sleep at night, you get sick, and you continually move through time and space.  This is the ingeniousness of the ego because perception and experience follow from belief.  What the ego believes it perceives.  A Course in Miracles says, “Perception selects, and makes the world you see.  It literally picks it out as the mind directs.”   This is the power of your mind!  A simple example of the power of our minds is the placebo effect–a well-documented phenomenon in psychology and medicine.  When a patient is given an inert pill but told it will have certain beneficial effects, the patient often will exhibit those effects.  The patients believe they are getting medicine, so they get better!

Another phenomenon that is well-documented is the out-of-body experience.  Near-death experiences are the most common, but it can also happen through deep meditation or during times of extreme stress.  I know I am dating myself here, but way back in the early 1980s Shirley McClaine, the actress, writer, and social activist, wrote about her out-of-body experiences through spiritual seeking and meditation in Out on a Limb,  There are many, many sages, saints, mystics, masters, gurus, and others from all the world’s wisdom traditions who have reached an understanding that we are not our bodies.  One of the best books I have read on learning how to meditate is Meditation by Eknath Easwaran.  His step by step approach is simple and practical.  He describes three stages of learning to meditate and identifies a startling discovery in the first stage–we are not our bodies!  Easwaran writes, “Not the body?  A startling realization! We have been lured into believing precisely the opposite: that we are essentially bodies, and that a worthwhile life is one well-packed with sense-stimulation and pleasure, with all the delights of food and drink, sun, and surf, luxurious fabrics and devastating fragrances.”  If so many people over thousands of years have discovered and shared this realization, then why does this ego belief that we are our bodies continue to dominate our minds and manifest in our consciousness?  The answer is simple. The constant unrelenting bombardment of our senses permeates our awareness and preoccupies our minds.

We are alone in this world of separate bodies and therefore have conflicting interests with other bodies.

Once again, how could we possibly believe otherwise?  All we have to do is watch the news, get on Twitter, Facebook, or any other social media.  Pick up a newspaper and read the front-page headlines.  The headlines are almost always about scarcity, loss, threats, skirmishes, wars, famines, dwindling natural resources including the very air we breathe and water we drink.  Again, our experiences validate our beliefs.  Nevertheless, the opposite is true.  Again, turning to the mystics, masters, saints, sages, gurus, and all other “enlightened beings,” we find that regardless of their religious background, they universally agree we are one.  I could cite source after source to support this assertion, but I will not.  Instead, l will show you the behavioral consequences of this ego belief, so you can choose whether you wish to cling to this invalid belief.  The most obvious consequence is competition.  Yes, I acknowledge staged, programmed competition has some value as entertainment and for learning and/or refining skills.  However, there is a very dark side to competition which includes dividing the world between those who have and those who have not, those who are superior and those who are inferior, those who win and those who lose, those who are special and those who are not, and those who are right and those who are wrong.

A thought system built on fear can only cause hate and all of its behavioral consequences–victimization, genocide, exploitation, oppression, subjugation, brutalization, humiliation, and war.  The belief that generates fear is the real enemy.  There is no other.  By recognizing fear, we can use it to uncover and undo these beliefs, which will set us back on the path to the new story, the one about the forgiving father.  (That story is the fourth post about the ego entitled “Is There Hope for the World?)