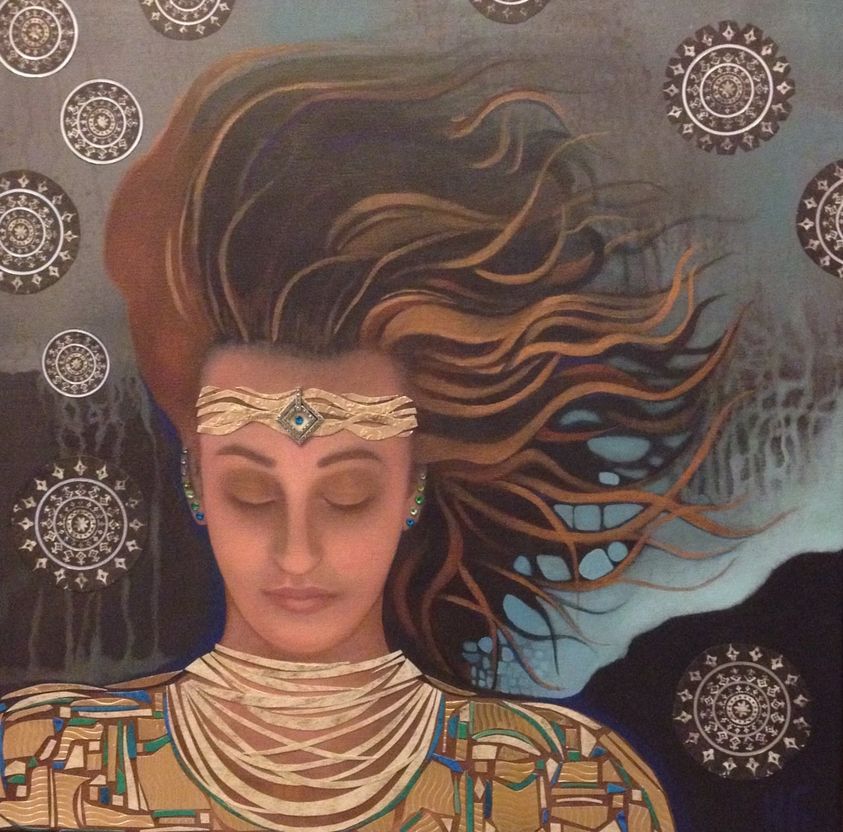 (Thanks to Karla Jean Gallagher for her image.  See her remarkable art at www.missprintsandmasterpieces.com,)

How fitting are these words today?  I believe they are exceptionally timely as the world stage is now poised for calamity or charity.  Calamity in the sense of potential climatic catastrophes, pandemic acceleration, economic collapse, totalitarianism, and social upheaval.  Charity in the sense of the potential for unity, harmony, climatic rebalancing, pandemic elimination, economic opportunity/stability, and justice/fairness for all. Knowing how to respond to all of these stress-inducing forces may be what tips the balance to ascent rather than descent.  The purpose of this article is to provide a clear understanding of your stress response and to introduce practical approaches for effectively relieving and/or managing your stress.

A quick clarification of terms is necessary.  Stressors are activating agents of the stress response.  They can be external or internal.  External stressors can range from getting stuck in a long line at a checkout counter to losing a home in a wildfire. Internal stressors are usually unwanted thoughts, but also can be physical signals from the body.  For example, in this period of the COVID-19 pandemic, waking up with a cough can be a significant stressor.  What is interesting is, with the exception of catastrophic events, stressors for some people may not be stressors for others.

I witnessed this gender difference dramatically a few years ago when I tested a large group of men and women who waited to take an exam in order to get into a police academy.  While the applicants waited to begin the test in a large classroom, I noticed that the male applicants sat silently and they were so scattered throughout the room that none of them sat adjacent to one another. On the other hand, the female applicants all clustered together and chatted with one another while they waited!

Let us look at the four components of the stress response, both immediate and long-term.

> loss of interest in usual activities and pursuits

> longing for comfort and/or affiliation

Many of these items can be indications of other ailments and/or illnesses because prolonged stress often manifests as such.  You can use these indicators as a checklist for assessing your stress level, which is the first crucial step in stressing less. In fact, I encourage you to see your body and mind as sensitive signaling systems that alert you to pay attention to your stress level and state of mind.  I will write more about this in an upcoming article “The Body Emotional.”

A Paradigm for Managing Stress

The best approach I have found for managing stress is one offered by Susan Loving Tubesing and Donald Tubesing which they called the AAAbc Model.  The model is best followed sequentially first, then applying the different components as is most effective.  The components are:

AVOID means finding ways to cease or reduce contact with the stressor by distancing yourself from it.

ACCEPT means finding ways to live with the stressor without damage or harm, and/or transforming it to actually enhance your functioning.  To do this, apply steps b and c.

> changing your mind means finding different ways of perceiving the stressor, ways that foster a sense of empowerment and competence.  Changing your mind can include identifying and challenging habitual patterns of thinking, and rejecting the archaic, invalid beliefs that energize them.

To get a feel for how sweet, simple, and straightforward this model for stress management is, let us walk through an example.  Here is the scenario.

Dorothy has a mother-in-law who is difficult because she is extremely opinionated and domineering.  She and Dorothy’s father-in-law live about an hour away.  He works, but she has been a stay-at-home mother all her life.  Her father-in-law’s job frequently takes him out of town on weekends, so Dorothy’s mother-in-law drives over unannounced to visit Dorothy when he is away.  Her mother-in-law expects Dorothy to spend time with her, usually to go out to lunch and/or go shopping.  She also insists on buying Dorothy clothing, but her tastes are entirely different, yet she imposes them on Dorothy.  Dorothy’s husband, Rob, believes his mother and Dorothy are great friends, and he is happy to pursue his own interests when his mother is there.  Dorothy finds her anxiety level accelerating as weekends near, anticipating her mother-in-law will abruptly appear.  She also becomes crabby and irritable, which triggers frequent sniping between her and Rob.  This has been going on for a couple of years since she and Rob moved to be closer to his parents.  Dorothy has noticed recently that she is having heartburn and headaches more and more often.

The first step is for Dorothy to recognize that she is under stress and the stressor is her mother-in-law.  Once she realizes this, her next step is to take direct action.  There are several points of intervention here.  What would you do?  Dorothy could talk to Rob, and ask him to entertain his mother or to tell her not to come over unannounced but to get permission first.  Dorothy could also sit down directly with her mother-in-law and set some boundaries.  If Rob refuses to help, and Dorothy’s mother-in-law ignores her request, Dorothy will have to move to the AVOID alternative.

How does she avoid the stressor?  She could find ways to be unavailable on weekends.  Maybe she could take a class, do volunteer work, schedule time with friends.  However, to avoid her mother-in-law may be more disruptive than leaving the situation unchanged.  So, if avoidance is not feasible, she moves to ACCEPT.

Acceptance is the most challenging response to handling stress, but also offers the best opportunity for growth.  Building her resources such as meditating, exercising, praying, establishing more social contacts, and improving her communication with Rob will strengthen her, but changing her mind about the situation may transform her.  For example, she could decide to see her mother-in-law as her most important teacher to becoming a more assertive person.  She could see her mother-in-law as a stepping stone to expanding her own interests and activities by inviting her mother-in-law to take classes with her, do volunteer work together, or engage in new activities at home like putting puzzles together, becoming a gourmet cook, learning to play chess, starting a book club and so on.  By changing her perception, Dorothy not only eliminates her stress, but she also empowers herself and potentially transforms her relationship with her mother-in-law.

Acceptance may seem like a last resort, a giving up, or an ultimate defeat.  The opposite is true.  Acceptance is really recognizing and honoring what is.  Acceptance is courageous, not cowardly.  Continued resistance to what is, is cowardly because it means you are afraid to face the truth of the situation.  In resistance, you are refusing to see and discard some invalid belief like “never give up”  or “only losers quit.”  Staying in resistance is what damages you, and eventually may destroy you.  Be assured that when altering or avoiding your stressor(s) is no longer an option, you have arrived at a place of great opportunity.