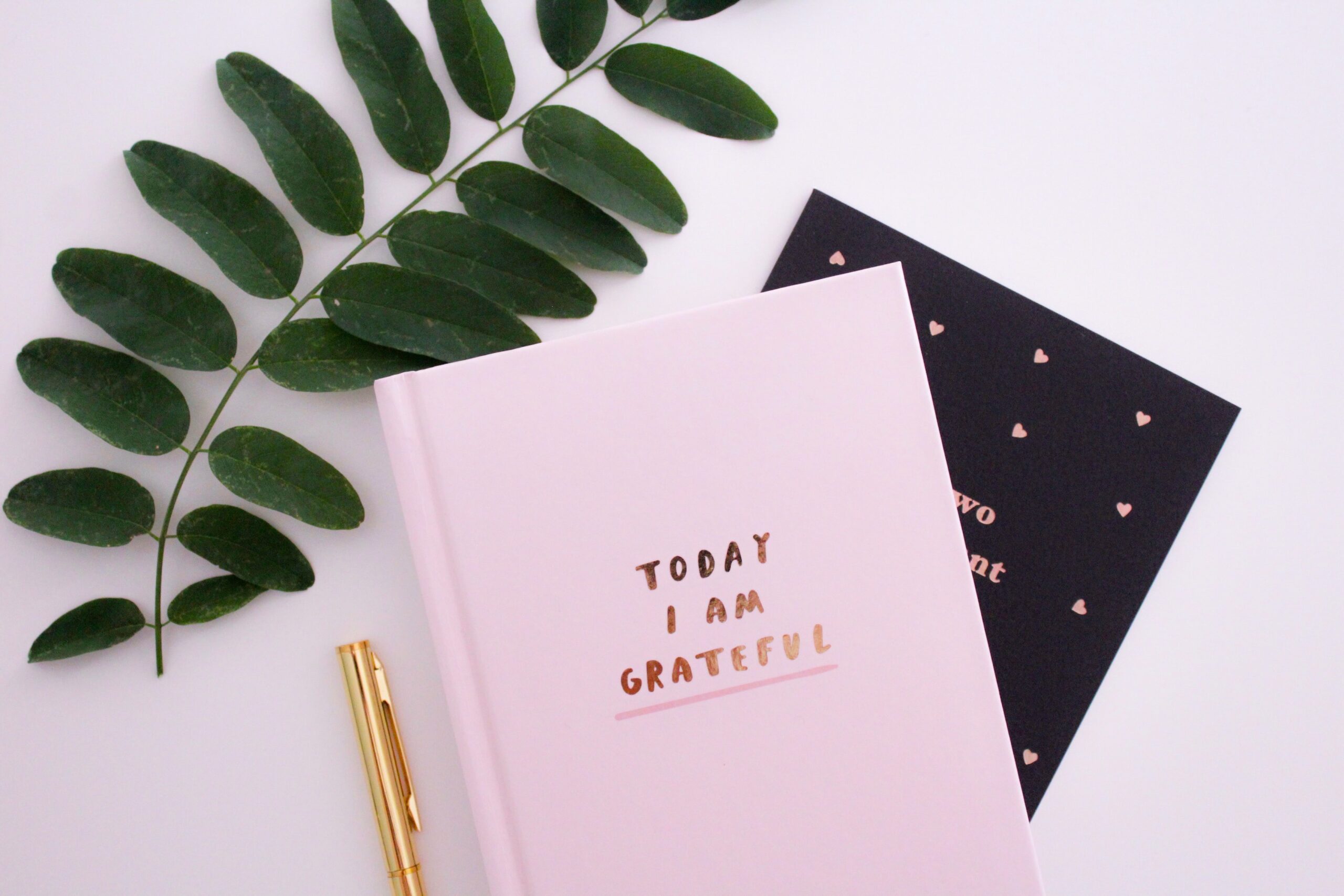 A young man sat on a riverbank.  In a peaceful state, he was absorbed in the sounds and sights of nature surrounding him.  Suddenly he heard desperate cries for help. Orienting toward the cries, he spotted a man thrashing in the river’s current, barely able to stay afloat.  Being fearless and a strong swimmer, he dove into the river and quickly reached the drowning man.  Grasping him firmly, he swam ashore and set the nearly drowned man on the bank.  The man recovered, thanked him profusely, and went on his way.

The young man returned to his musings, but after a few minutes, he heard cries for help again.  Another man was being swept downstream and was drowning.  Once again, the young man rescued the drowning man.  Minutes later this happened a third time.

By now, the young man was exhausted, and he knew if he had to rescue another person, he might drown, so he decided to walk upstream to see what was happening.  He walked quite a distance until he came to a narrow, rickety footbridge crossing the river.  There on the middle of the bridge stood a large, muscular man who threatened to throw anyone who attempted to cross into the river.  Being strong and agile himself, the young man fearlessly approached the bully on the bridge. The bully felt the young man’s footfalls on the bridge and quickly spun around to face him.  He shouted, “Don’t come any closer or I’ll throw you into the river like I have everyone else.”  The young man took several steps closer, keeping a close eye on the bully.  As he took another step, he saw terror appear on the bully’s face.  With a steady gaze, the young man asked, “Hey man, why are you doing this?”  “Just back off NOW,” shouted the bully.  The young man replied, “You look terrified sir, how can I help you?”  A look of surprise and relief appeared on the bully’s face.  “Man, I can’t swim and when I got to the middle of this rickety bridge I froze.  I can’t let anyone pass, because I’m afraid I will fall into the river and drown.”  “Look,” replied the young man, “I’m a very strong swimmer.  In fact, I just rescued three drowning men you tossed off this bridge.  I can escort you across, and even if we fall off, I can get you ashore.”  Reluctantly, the man agreed, and together they safely crossed the bridge.

There are two lessons to be learned from this story.  The first is to effectively solve a problem, you have to get to its cause.  If you keep intervening at the effect level (the drowning men) you will eventually exhaust your resources and never accomplish permanent results.  The second lesson is this–fear and the invalid beliefs that energize it are the cause of every problem.

Now here is the unexpected twist.  This article is not really about the bullies “out there.”  There is a vast amount of literature available about bullying, and I recommend you do a search if you want to learn more about bullying “out there.”  This article is about the bully within you!  Yes, you and everyone else have a bully within them.  The bully even has a name–the ego!  (I have written extensively about the ego on this site, and I refer you to the four-part series on the ego beginning with “Iago or Ego?“)

The ego has an arsenal of weapons to bully you.  Its most powerful and pervasive weapon is your belief in sin.  Sin is a deeply rooted belief in the minds of most everyone raised within any Judeo-Christian religious tradition, whether Jewish, Catholic, or Protestant.   All of these religious traditions are Bible-based and contain the book of Genesis wherein lies the story of Adam and Eve and the concept of original sin.  Original sin is the belief that humanity is fundamentally flawed because the first two humans disobeyed God. Since then, the ego has had a heyday with sin, defining it in whatever way suits its purposes, which are to protect, empower, expand, and perpetuate itself.  Reflect for a moment upon the enormous burdensome, destructive, costly, and divisive effects of the concept of sin through the millennia.  In the hands of mostly men, the concept of sin has justified everything from persecuting, imprisoning, torturing, and killing individuals and groups all the way to genocide.  The concept of sin and the experience of fear, guilt, and/or shame are the ego’s most effective bullying tactics.

A Psychologist’s View of Sin and Guilt

From my perspective as a trained scientist/clinician and experienced psychotherapist, I invite you to seriously consider completely discarding the concept of sin.  In my 40+ years of professional experience, I have never seen the belief in sin contribute to psychological health, a sense of well-being, harmony, wisdom, or peace.  On the contrary, the belief in sin and its consequences of fear, guilt, and/or shame have caused and will continue to cause untold amounts of suffering in the forms of anxiety, depression, self-hatred, and suicide.

Our ego has so convinced us that sin is real and guilt is good, that the thought of letting go of either is immensely discomforting, even terrifying. We think utter mayhem, destruction, and chaos would ensue.  No one would accept boundaries and everyone would seek immediate and full gratification.  The opposite is true.  Nevertheless, the ego wants you to believe guilt is good, so it can continue to bully you to do its bidding, and the more you allow the ego to bully you, the more likely you are to bully others.

Let’s say you are feeling guilty because you did not get some things done you promised your partner you would.  You chose to finish reading a riveting novel instead.  At the end of the day, you are feeling anxious and guilty, because your ego is telling you you should not have read your novel.  Instead, you should have kept your word.  You are also mad at yourself, berating yourself for being lazy and irresponsible.  On top of this, an hour before your partner is to come home, you remember you were going to leave the house to buy a key ingredient for the dinner you planned to prepare.  In a mad rush to get to the store, you get caught in a traffic jam.  Now, everyone irritates you.  You honk at the driver in front of you when he/she does not move forward quickly enough.  At the parking lot, you cut in front of someone to get a parking space close to the store.  While standing in line at the checkout, you are silently steaming, and when you get to the clerk, you are rude. You finally arrive home with a raging headache, to suddenly realize your partner will be there within moments and you have not even started dinner.  Sure enough, when she or he arrives, the first words you hear are, “Hey, I’m home.  What’s for dinner?”  You explode with a verbal tirade about how busy you are and how inconsiderate and demanding your partner is.  This example illustrates, guilt turned against yourself leads to tension, physical ailments, anxiety, and depression,  Guilt turned outward leads to being irritable, short-tempered, judgmental, and rude.

The Alternative to Sin

There is a sane alternative to sin which is psychologically healthy and leads to learning and healing.  The alternative to sin is error.  An error implies a mistake was made and it calls for instruction and/or correction.  Sin implies an evil act was committed and it calls for punishment and/or condemnation.  Without the belief in sin, the ego cannot bully you into guilt or shame.  Replacing sin with error energizes an entirely different psychological dynamic with a totally different outcome.  With a belief in the concept of error comes the recognition that a mistake was made, followed by reflection, followed by regret if the mistake caused any harm or injury, followed by redirection which means making that different choice.  The final result is gratitude and/or peace rather than guilt. To make this easy to remember, this dynamic could be called “The Four Rs of Errors” which is: Recognition > Reflection > Regret > Redirection = Gratitude.  How does this dynamic end with gratitude and/or peace?  Because owning and rectifying a mistake strengthens you, whereas guilt weakens you.  By thinking in terms of error and correcting it, you are able to let go of the mistake and to move cleanly forward with a new awareness to make a better choice, whereas guilt enables your ego to keep you mired in the past, burdening you further with self-recriminations.  Imagine what this world would be if most people functioned from gratitude rather than guilt.  There might be no more bullies!!!

The Bully on the Bridge Revisited

There is even more to the story about the bully on the bridge.  It shows you how to face your ego.  As the young man did, when you face your ego with clarity and calmness, you will discover it is very afraid.  The ego is afraid you will see the truth that its belief in sin is insane and that it is powerless the moment you withdraw your belief in it.  Escort your bully across the bridge and then leave it behind.